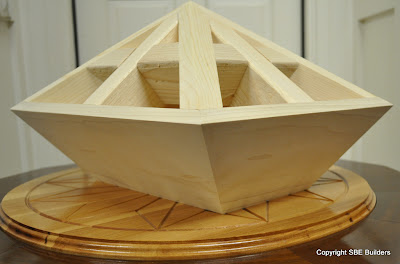 This picture shows how the hip rafter backing angle aligns the hip with the roof surface. 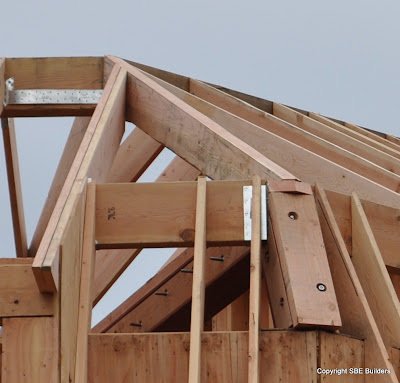 This picture shows the valley rafter backing angle aligning with the plan angle. 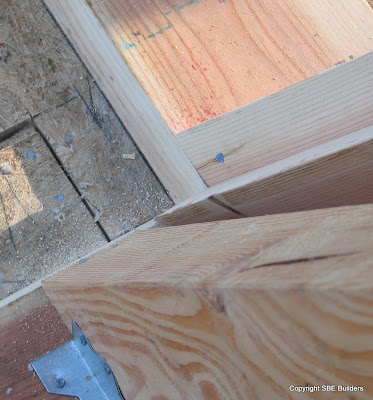 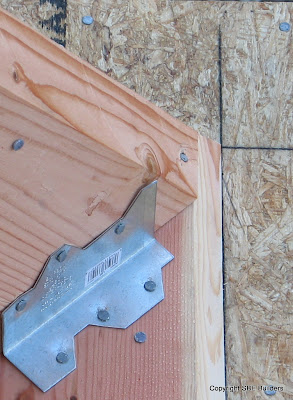 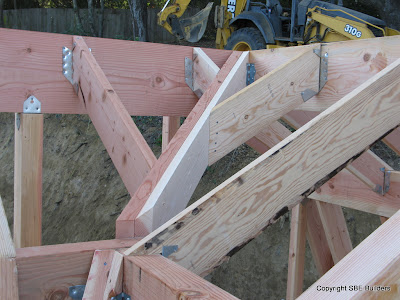 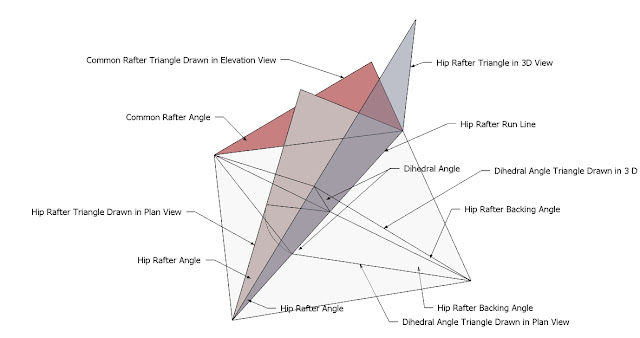 The dihedral angle is angle WZF. The angle between the roof planes. 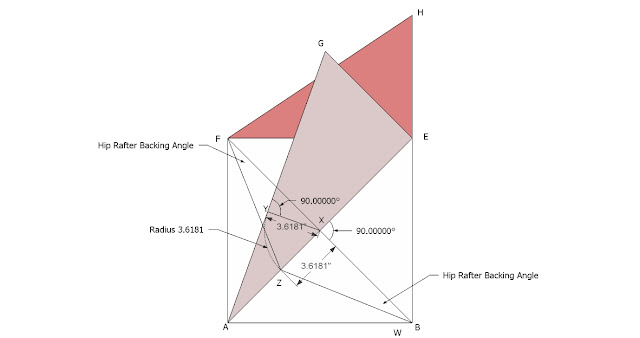 Here are a couple more drawings showing the dihedral angle in 3D. 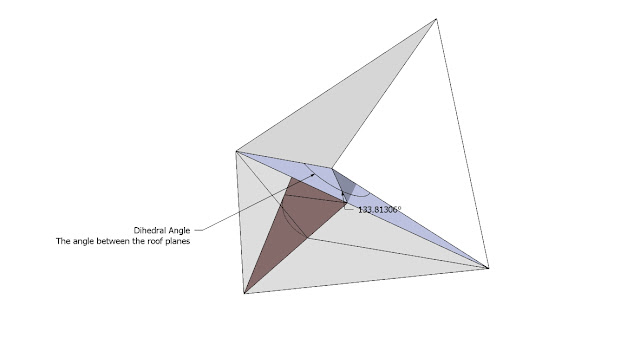 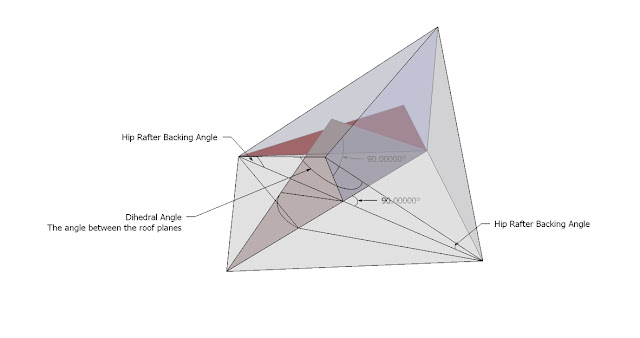 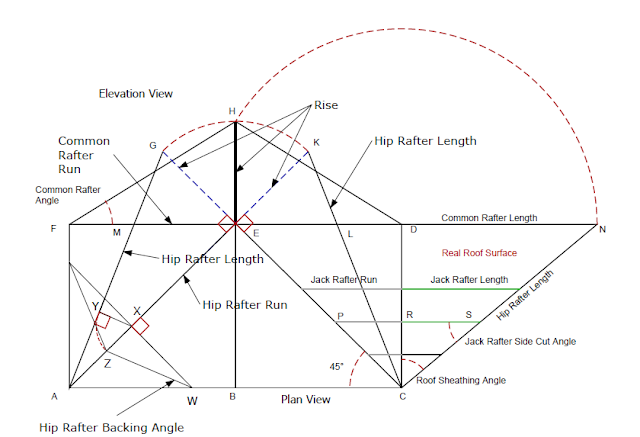 Here's a link to the Google SketchUp files showing the Basic Roof Framing Kernel with the hip rafter backing angle and the location of the dihedral angle.

Posted by SBE Builders at 6:29 AM No comments:

Tony McGartland,  who teaches carpentry at a college in N.Ireland and who is also responsible for training the better apprentices for carpentry competitions in the UK, sent me a couple of Google SketchUp models the other day. From past carpentry competitions in the UK. These Google SketchUp roof framing models made me realize how poor the American Union Apprentice program is compared to the apprentice programs in Europe. France?,Switzerland, Austria and Germany have specialized training for their apprentices for these apprentice competitions and are light years ahead of the United States of America apprentice program in roof framing construction and geometry. If we sent American apprentices to these carpentry compensation, not only would they not medal they would most likely embarrass themselves. By the time I completed my 4 years of the Union Carpentry apprenticeship program I had already cut and stacked (framed) about 100+ track home roofs, but I didn't know anything about roof framing geometry. Yes, I used a framing square to mark and layout the rafters, but if anyone had asked me to draw out the roof framing geometry of the roofs I was cutting, I would have said no I can't draw out the roof framing geometry to the roofs that I've cut.


This is part 1 in Apprentice Carpentry Roof Framing Geometry for the Americans and maybe the Canadians.

While your at Lee Valley you might as well order a Chappell Framing Square
http://www.leevalley.com/US/wood/page.aspx?p=69569&cat=1,42936

This is a plan view of a roof framing kernel with the section view drawn above the plan view.The plan view is also referenced as the ground plan. The real roof surface angles and lengths are located by drawing an arc (radius=common rafter length) at the apex of the common rafter run (point D) in plan view. The common rafter is also called the principal rafter. 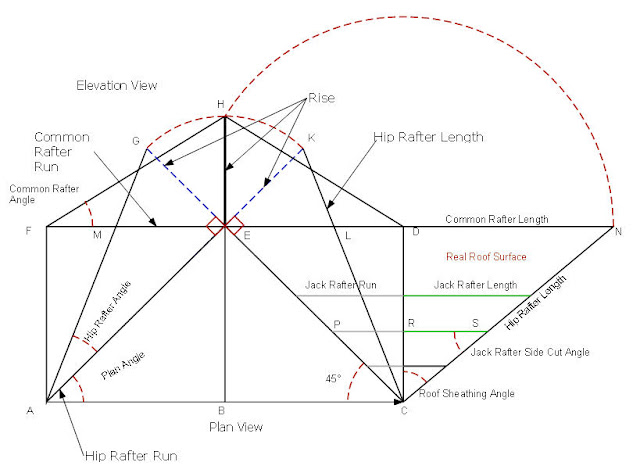 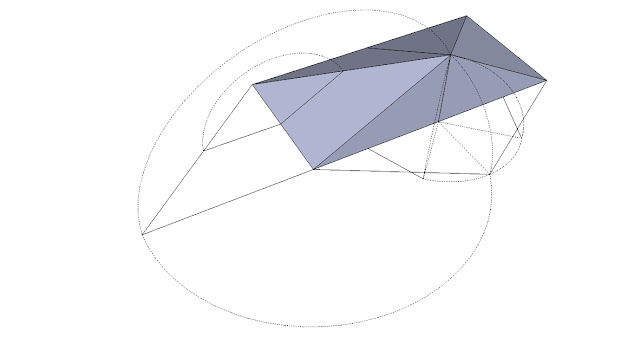 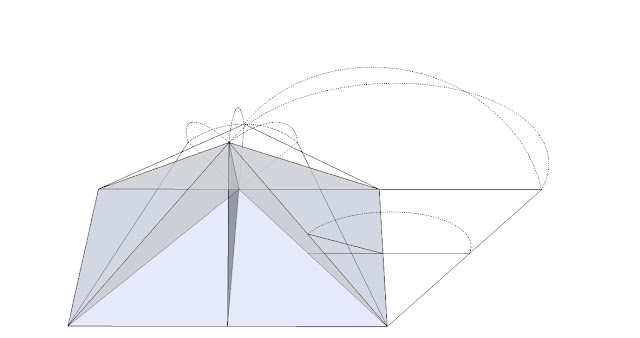 Posted by SBE Builders at 7:35 AM No comments: