Looking thru Tim Uhler's photos on the house he and Kyle are framing Bay Window Framing and Started the Main Roof prompted me to address Hip Rafter Roof Plane Alignment that  Tim completely understands, but most carpenters struggle with. Probably the hardest roof framing planning point to get correct is on the hip rafter that nails to the wall on Bay Window Framing.


Some people call it hip rafter drop, but it's just shifting the hip rafter plumb line to align with the intersection of the wall and having the same HAP as the common rafters. 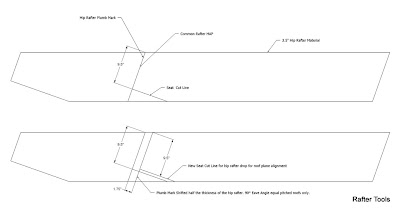 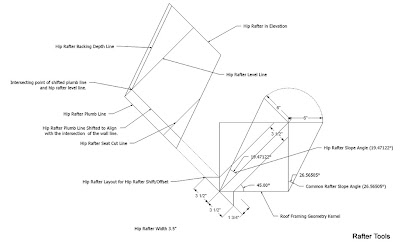 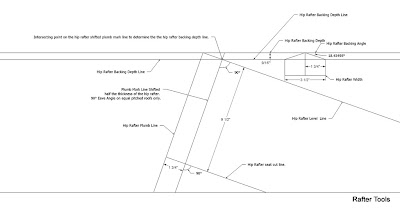 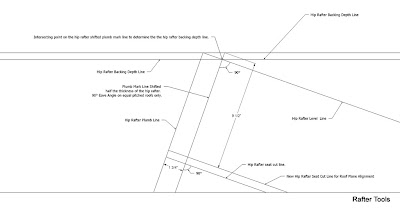 The hip rafter level line is always laid out using Traditional Roof Framing Geometry and now I think it should be laid out on all hip rafters to show that you have a complete understanding of the hip rafter roof plane alignment. 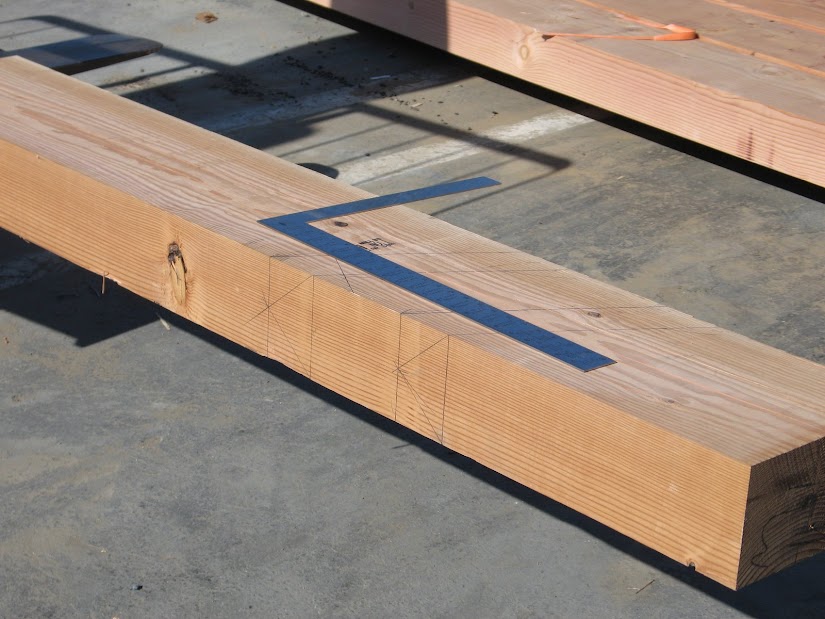 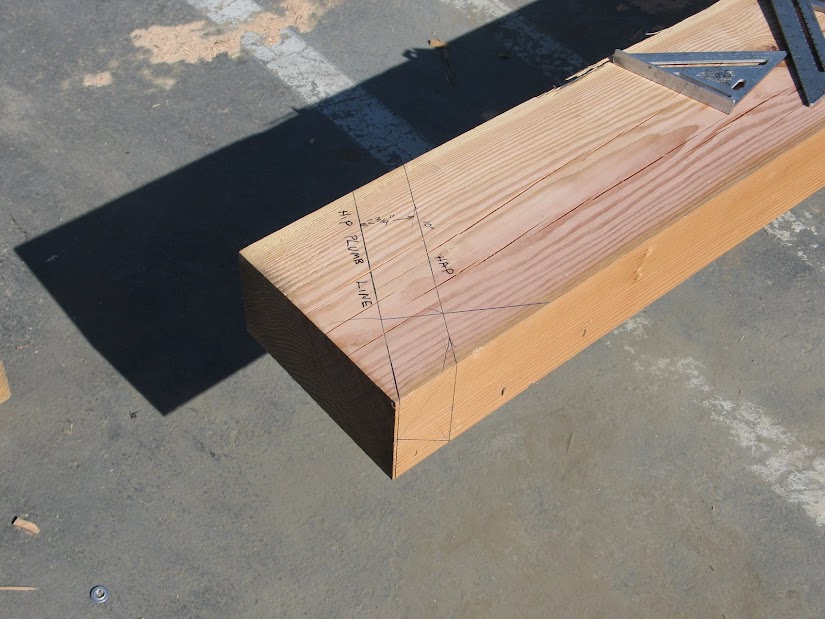 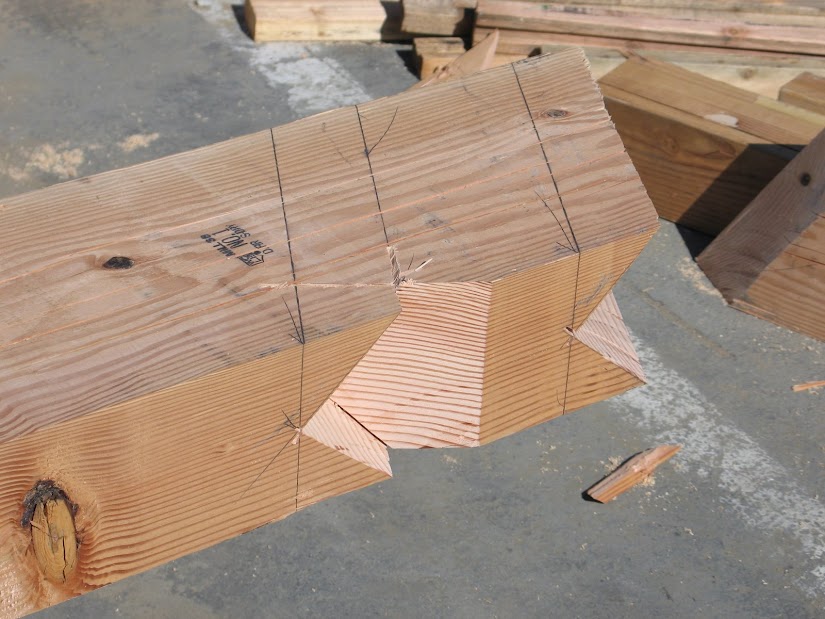 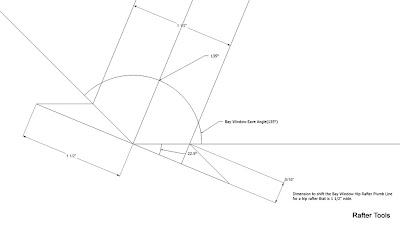 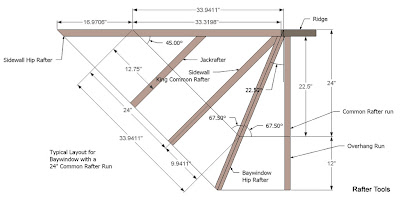 Posted by SBE Builders at 9:46 AM No comments: