Some really good examples of French Timber Framing can be seen on Piedefer Olivier facebook page.  These are just some of the pictures from Piedefer's facebook post. It's great when we can see the  French timber framing we're studying from books. Especially the use of the principal rafter, knee braces, purlins with batten rafters. He uses a lot of old used timbers and some of the mortise and tenon in the twisted timbers are a good study on scribing. The saint andrews cross's at some of the ridges is also interesting, but then there's the timber framed gable walls as well with mortise and tenon in the twisted gable stud timbers. 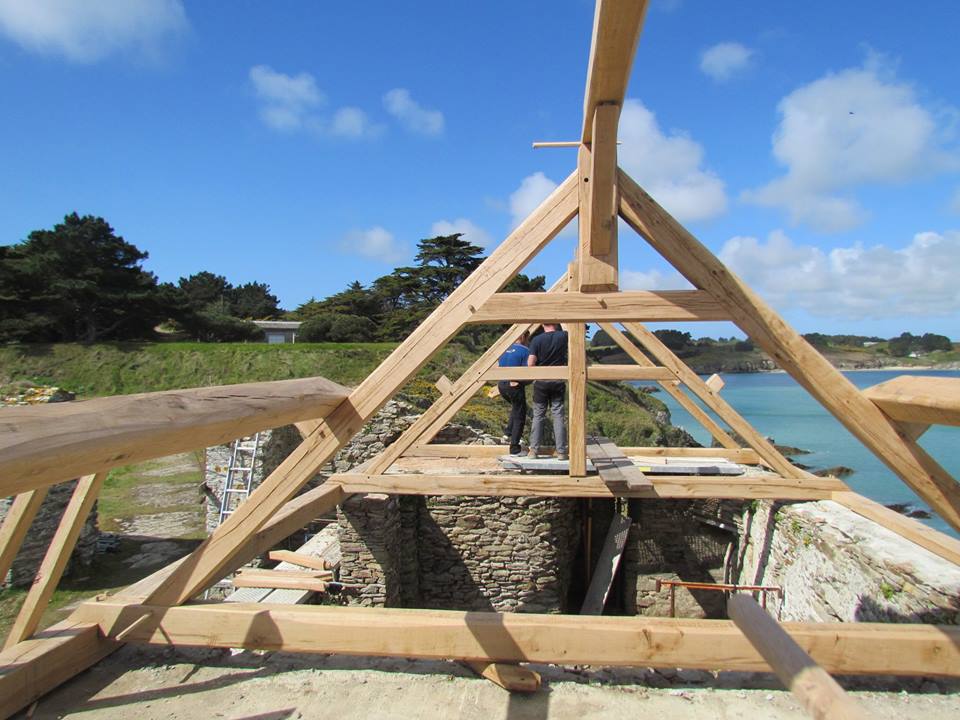 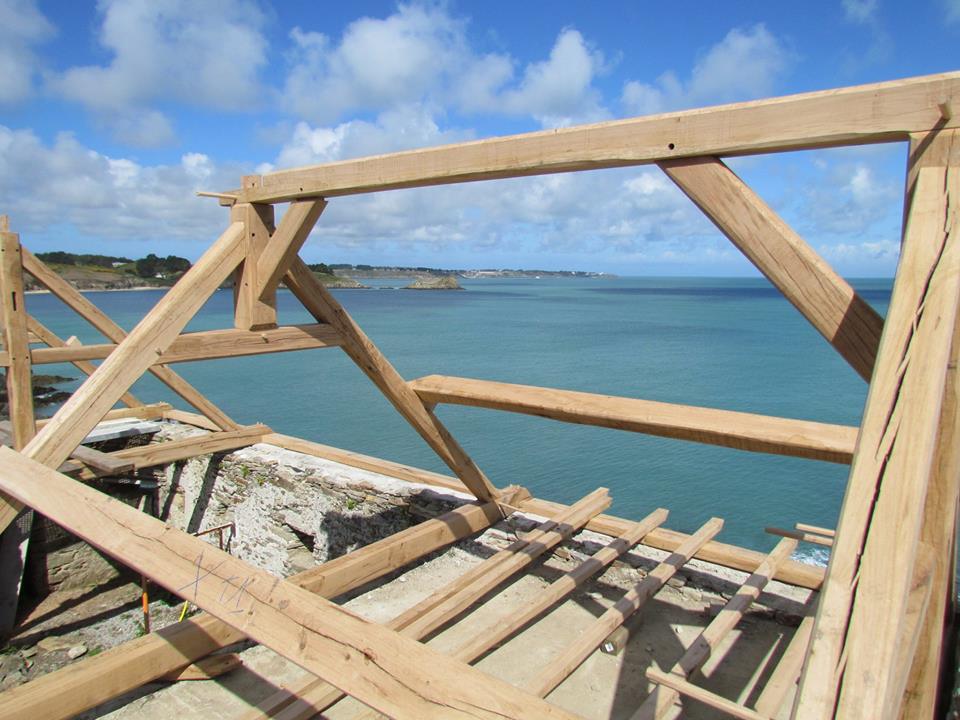 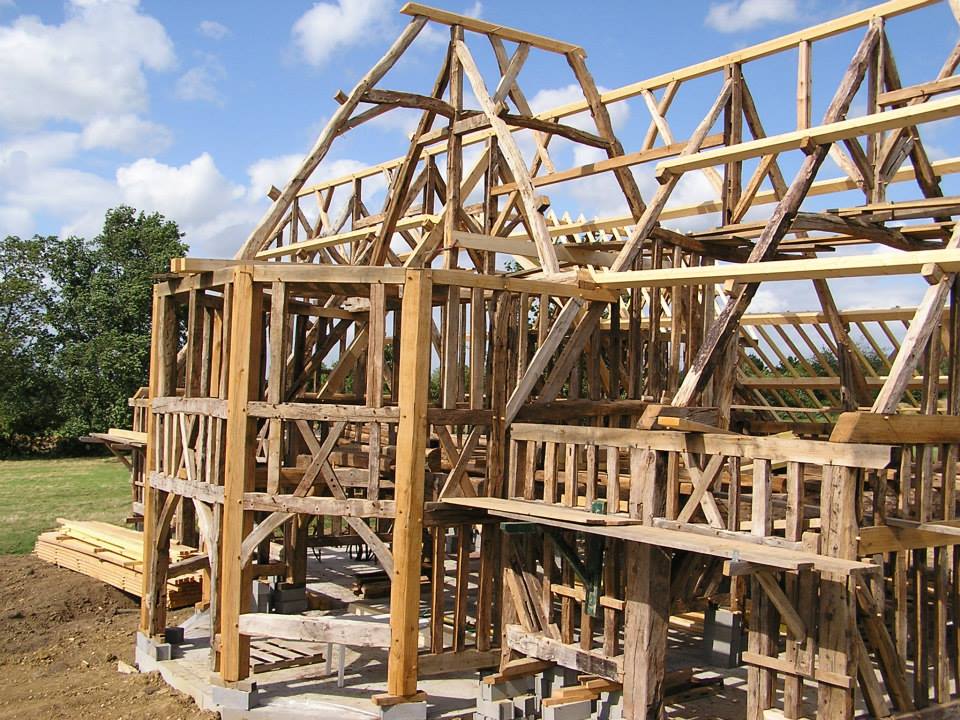 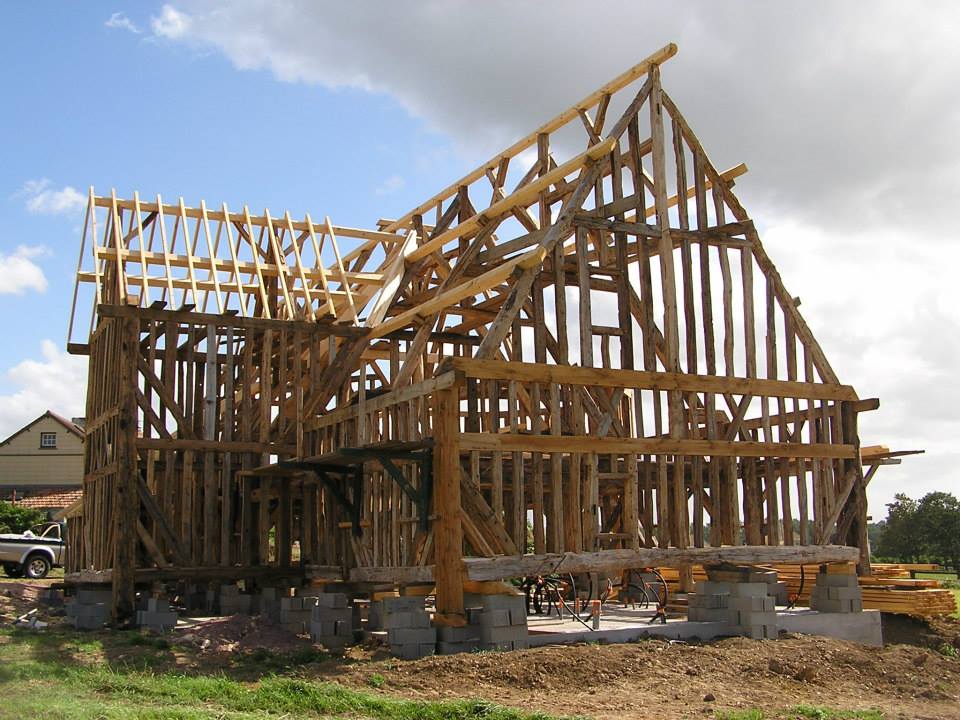 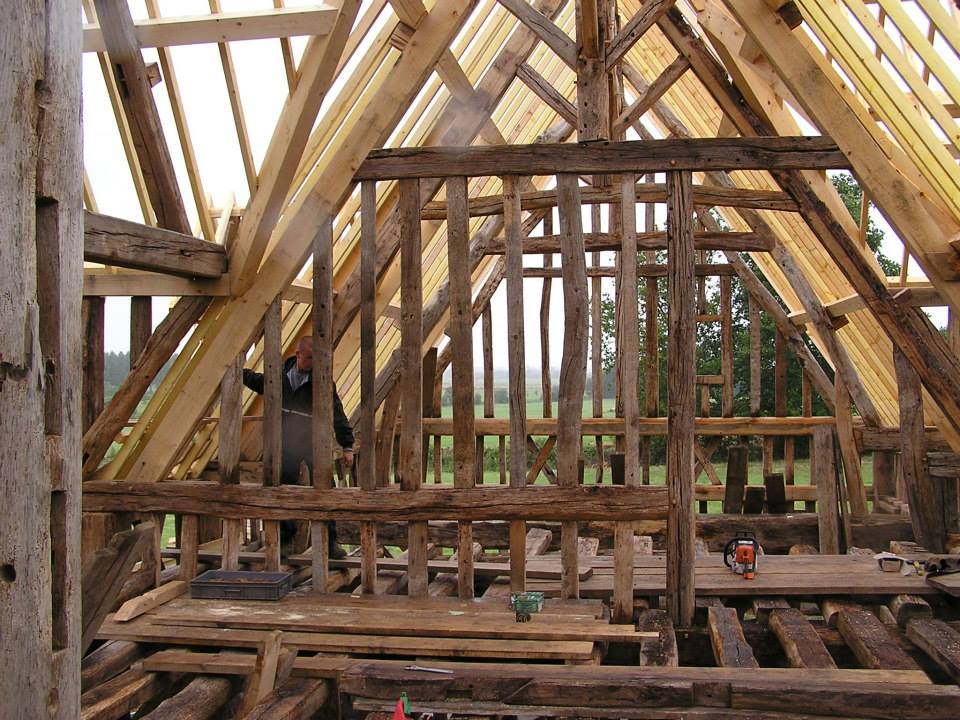 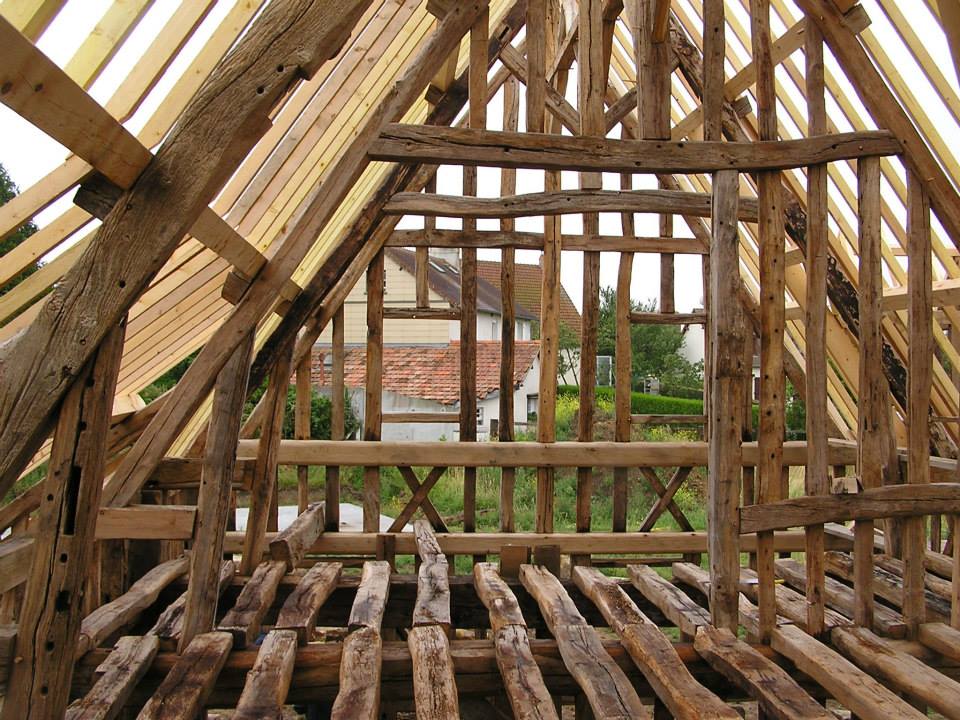 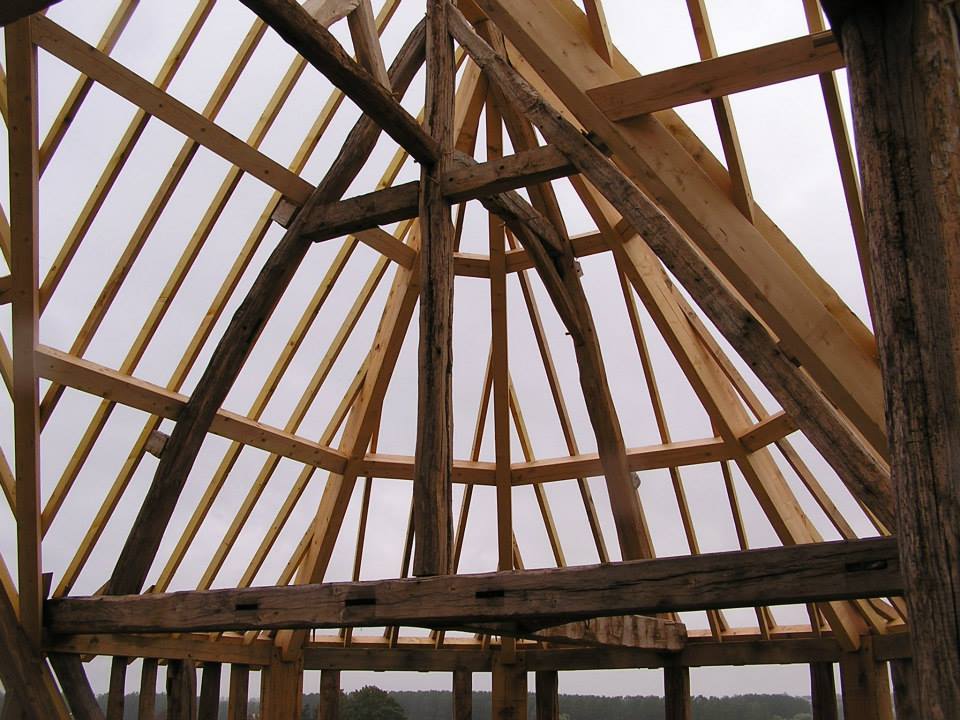 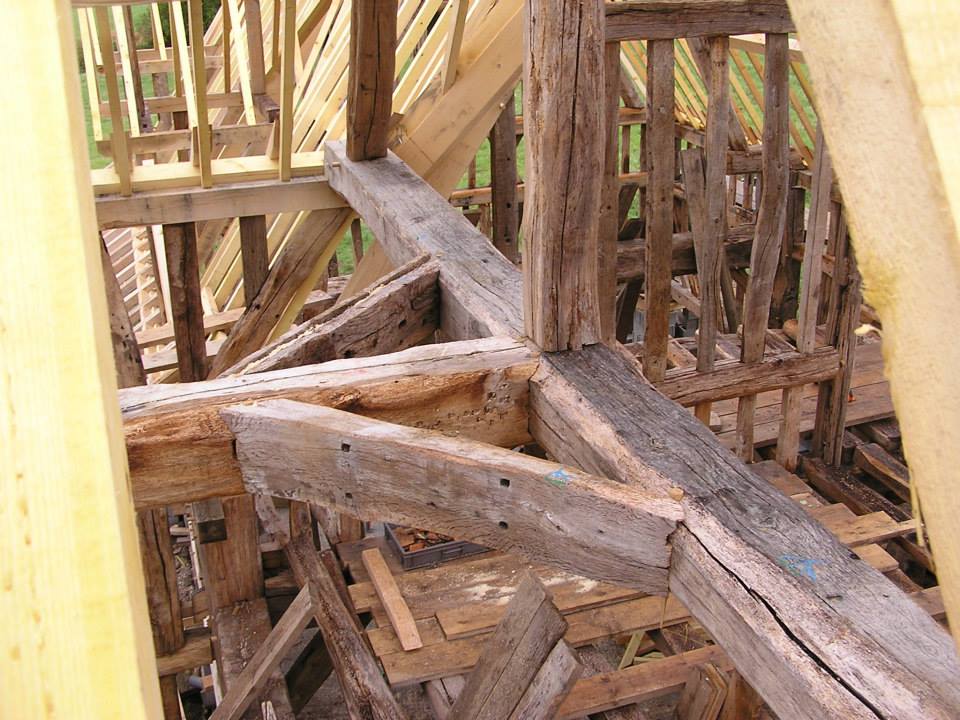 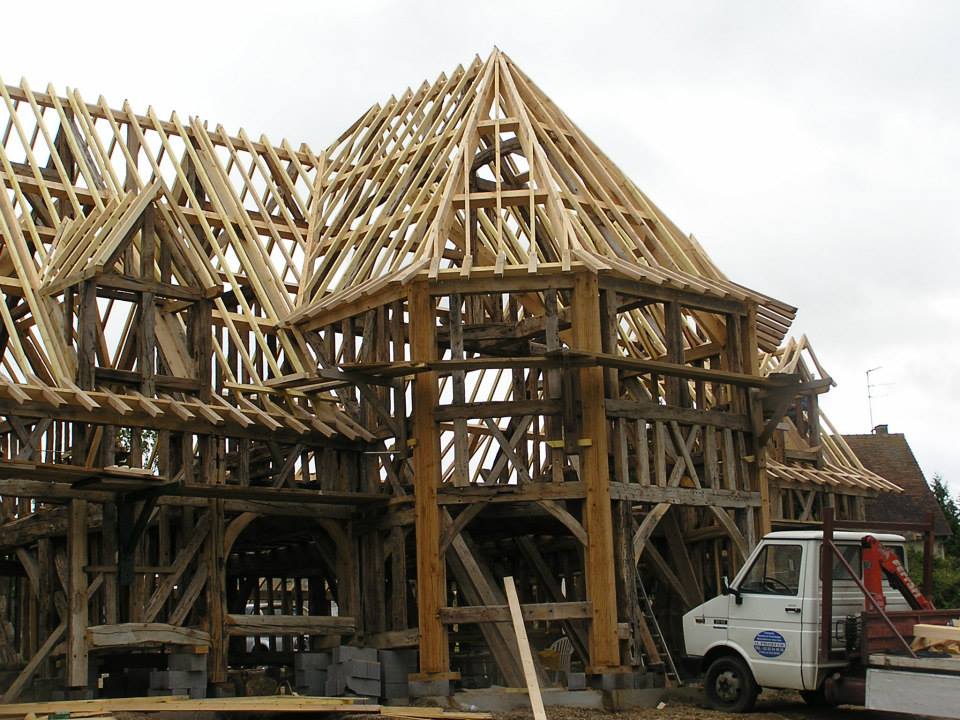 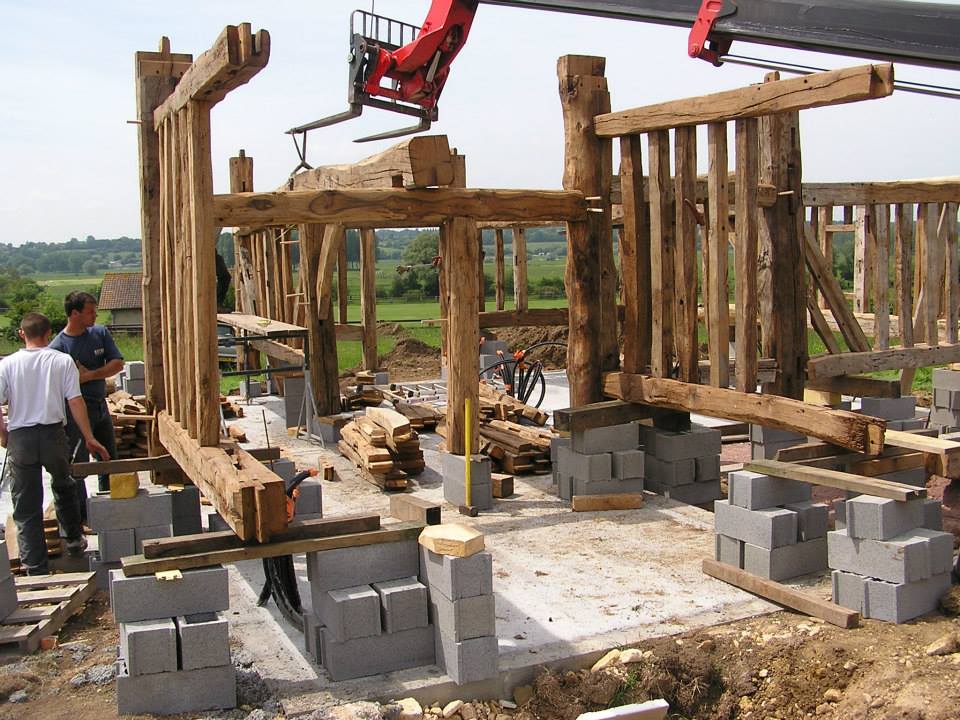 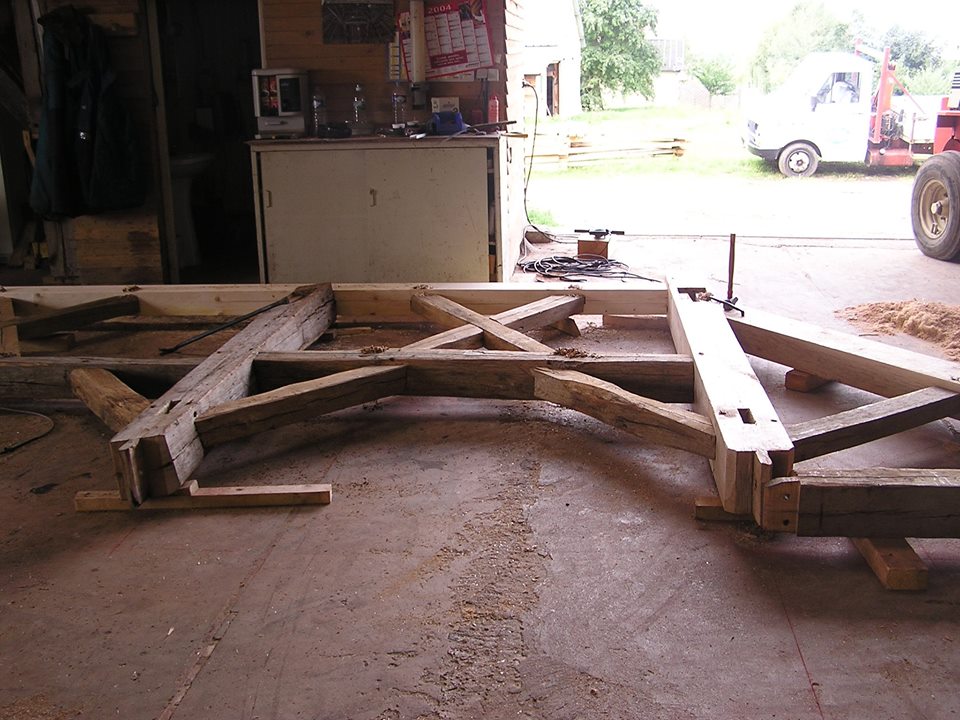 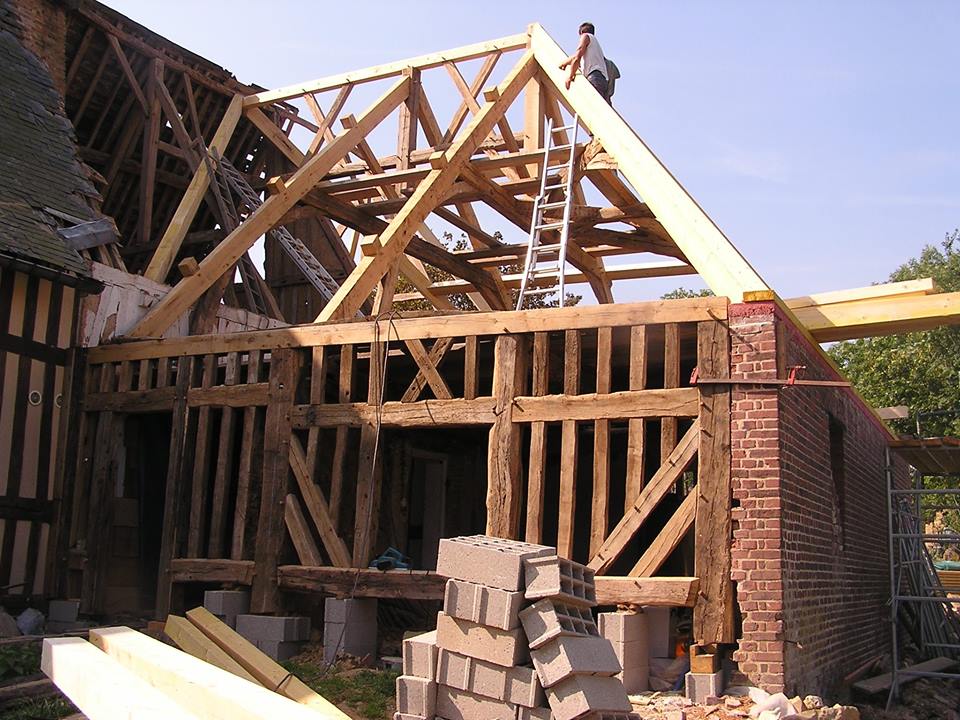 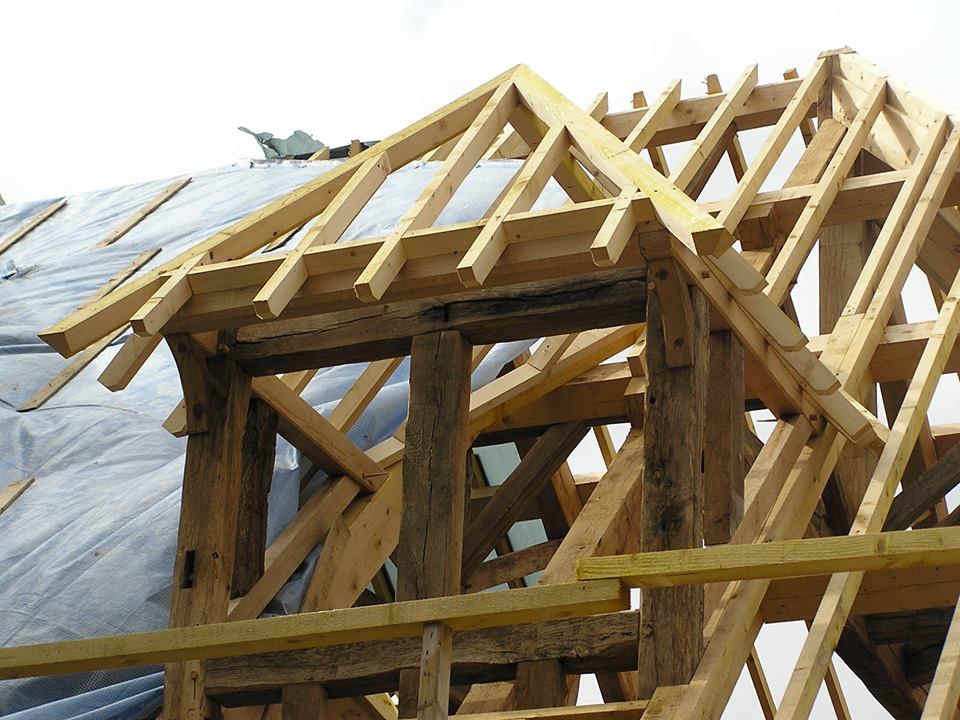 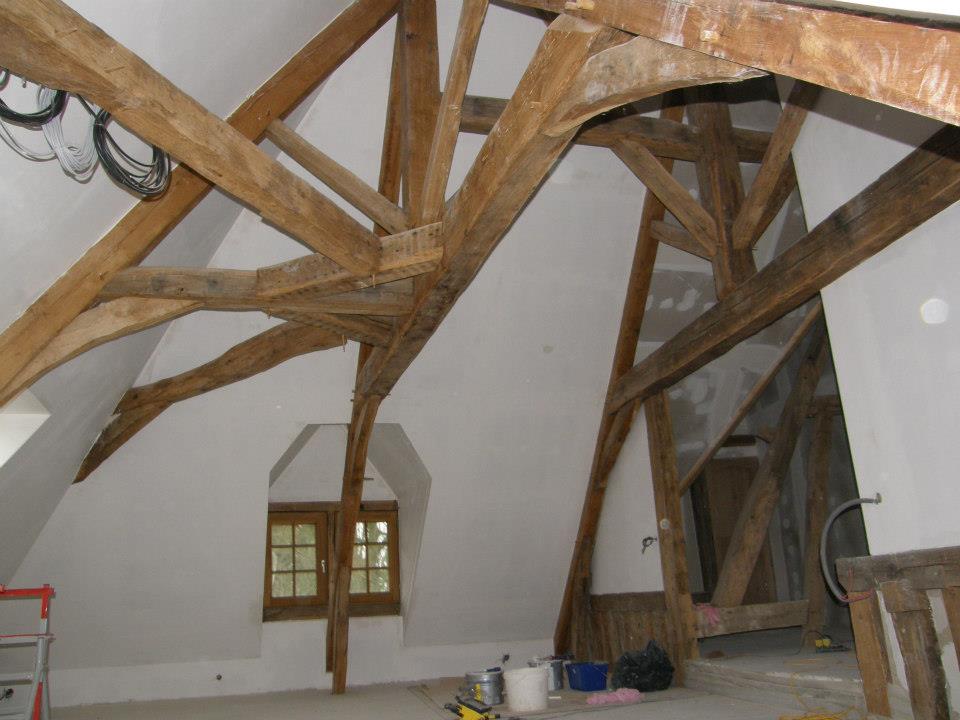 Posted by SBE Builders at 8:35 AM No comments:

How to draw a Pentagon

I was researching the easiest way to draw a pentagon with one side known. I think this method based on Euclid Elements book 6 proposition 30 is the easiest to remember. Which is how to cut a line into a long part and a short part medially. It's basically the problem of dividing a line segment into two unequal parts, such that the whole is to the long part as the long is to the short. That doesn't make a lot of sense until you draw the pentagon using the  golden ratio  of 1.61803398875.

Basically all we need to remember is the number  1.618

Step 1:
Draw a line equal to the known side length. Then draw a perpendicular bisector. 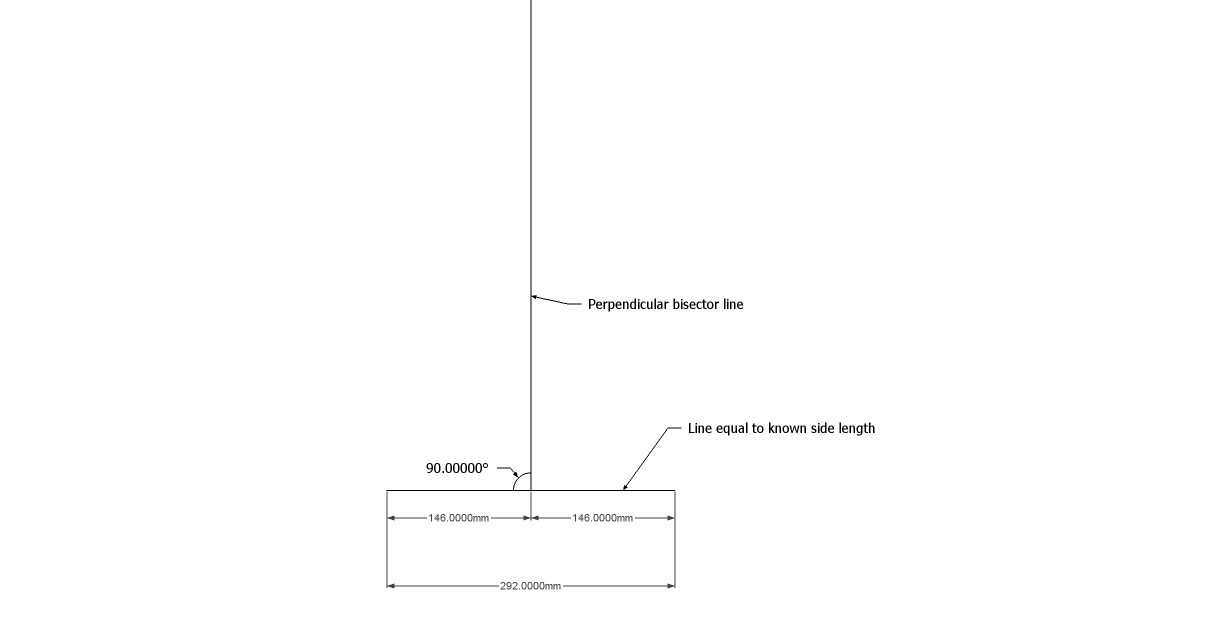 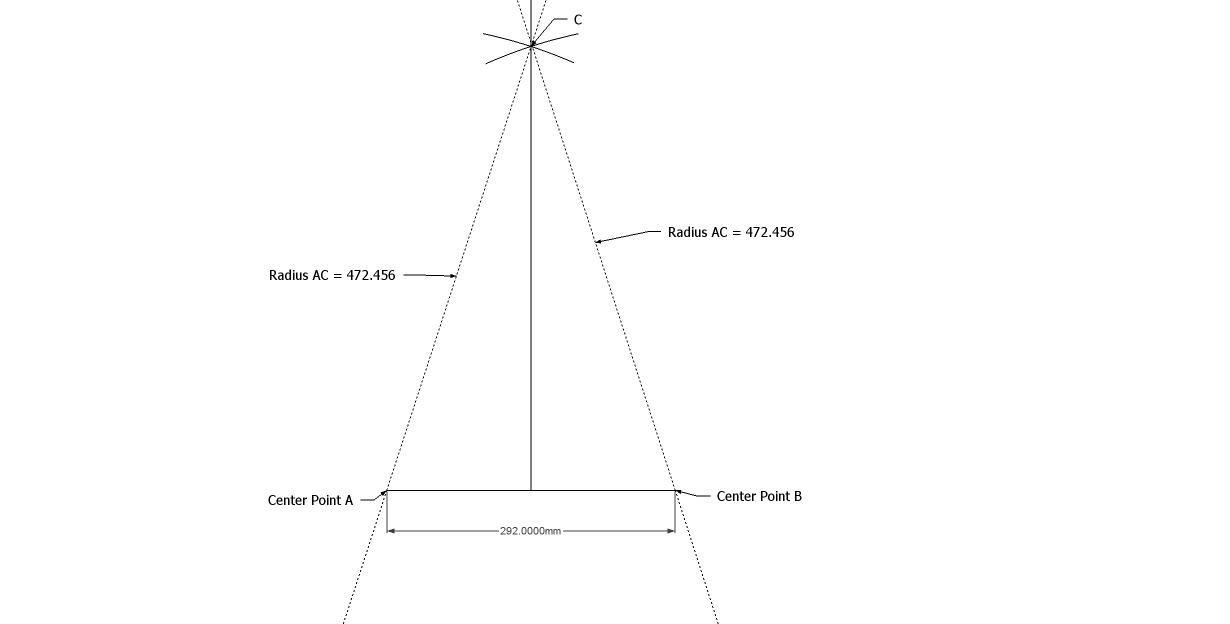 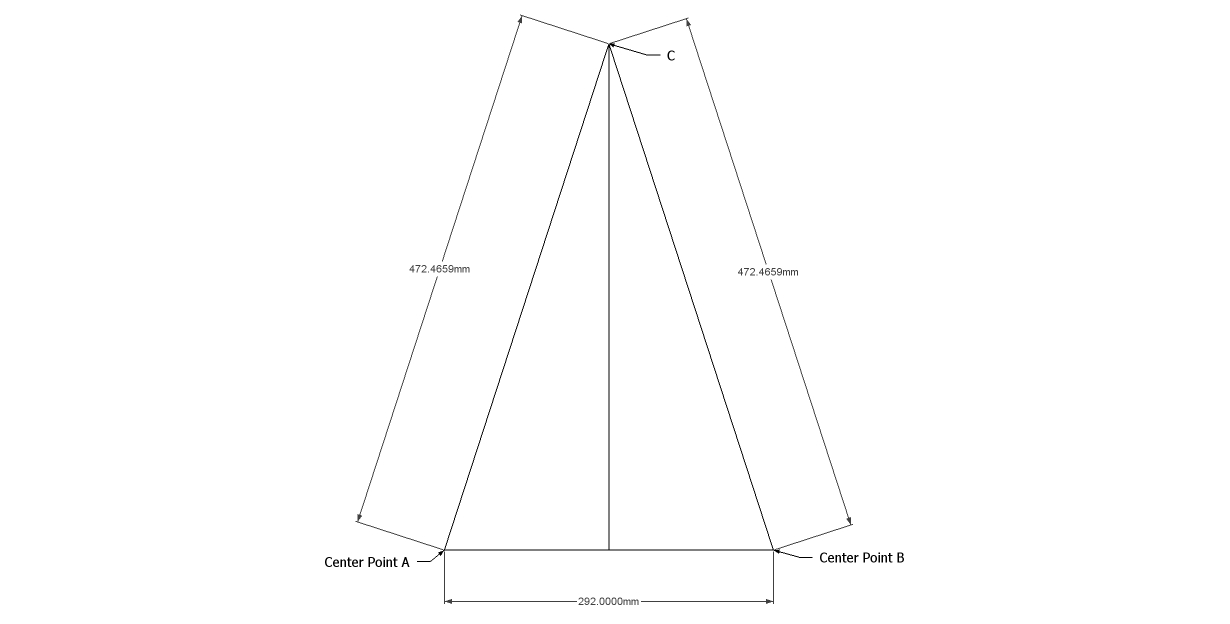 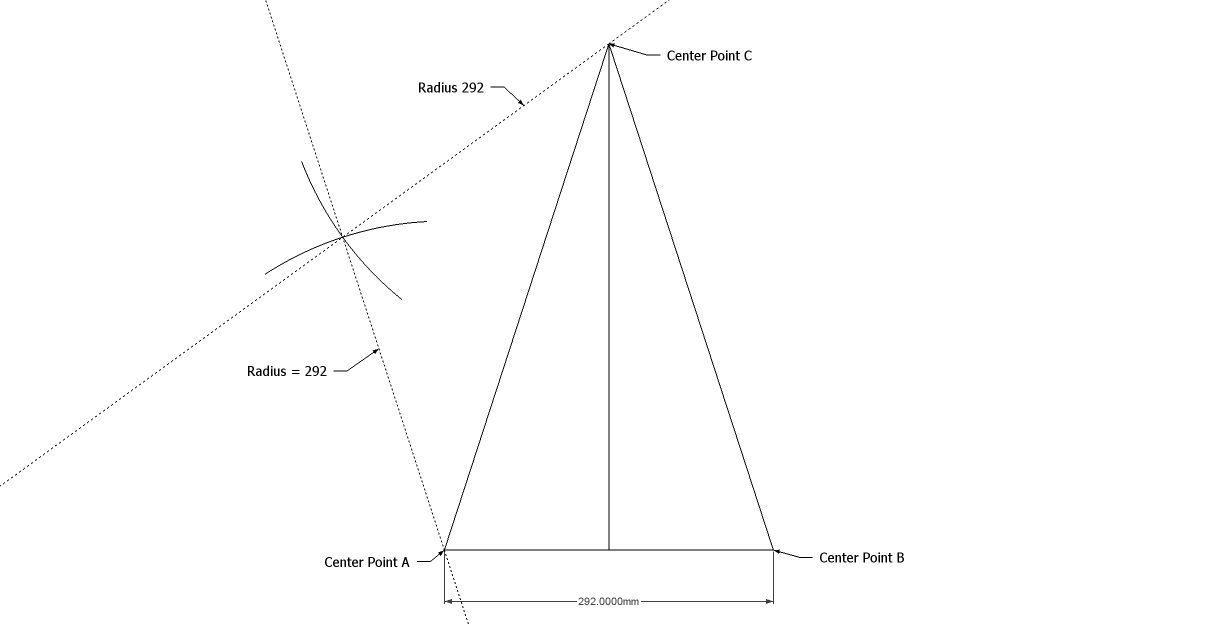 Step 5:
Draw the lines that form the pentagon. 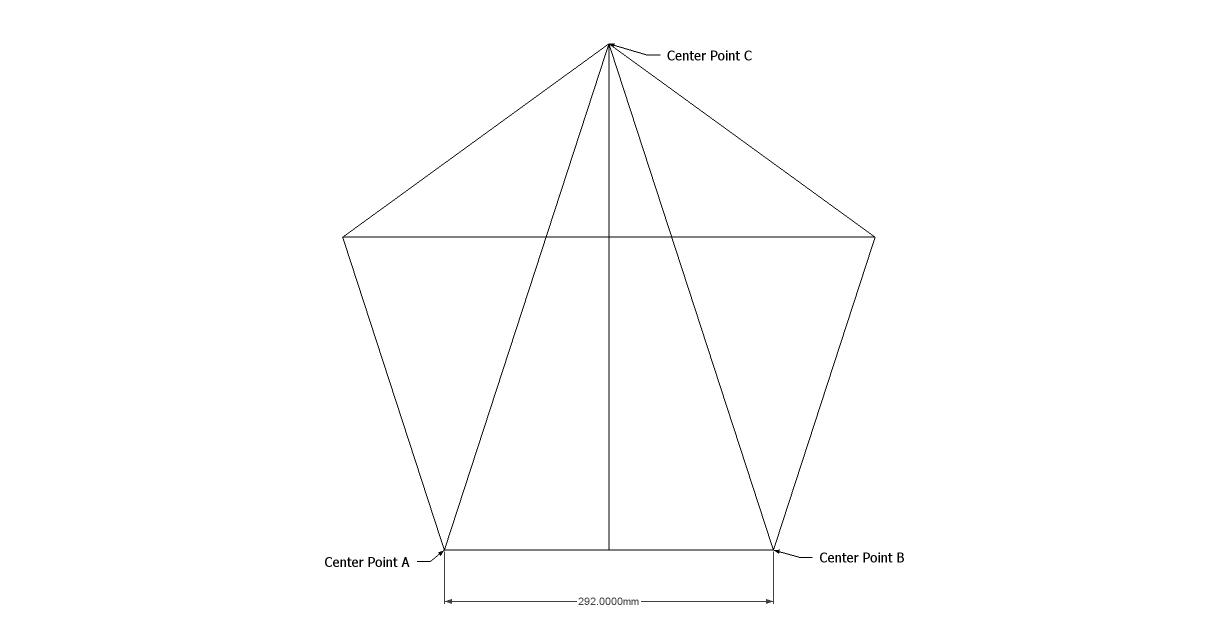 Step 6:
Draw perpendicular bisectors on each side of the pentagon for the profile rafter runs. 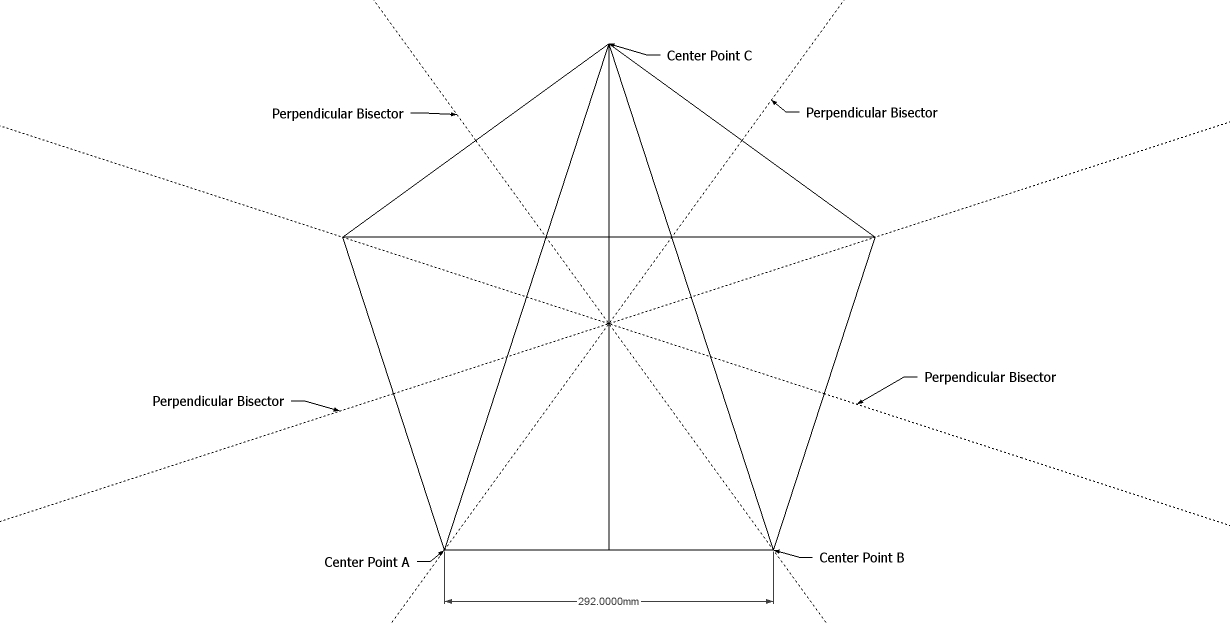 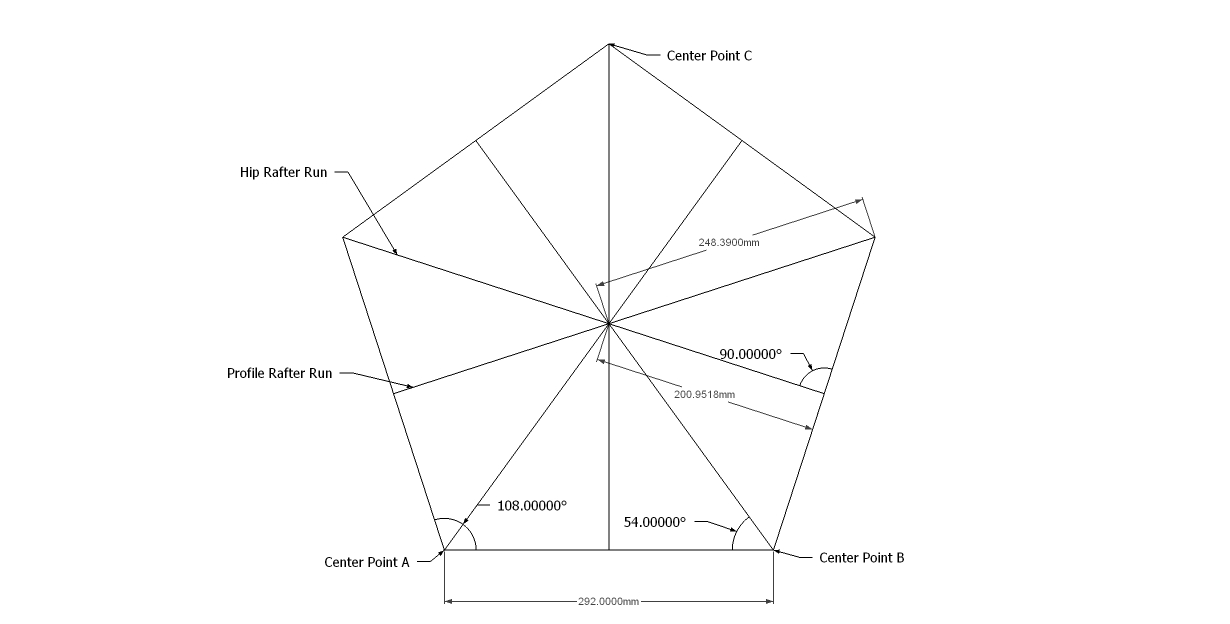 Posted by SBE Builders at 9:26 AM No comments: