From geometrical theory to task model to the jobsite.


The divers hip rafter can be cut the same way you cut plumb hip rafters, once you have the  angles.  The Saint Andrew Cross purlin rafters need to be laid out using the draw down roof surface method. 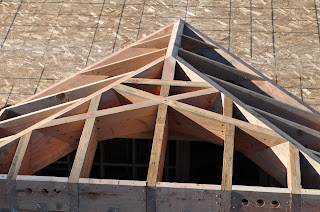 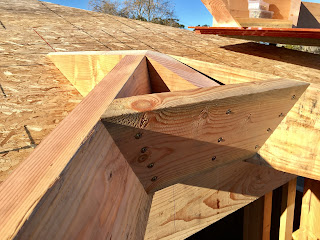 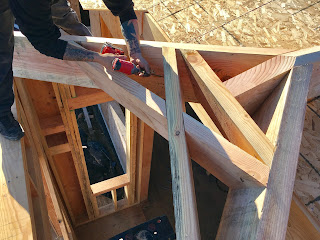 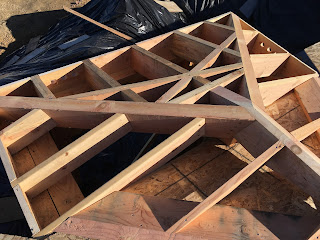 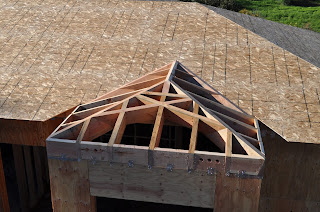 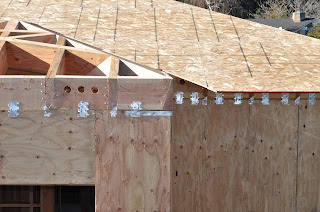 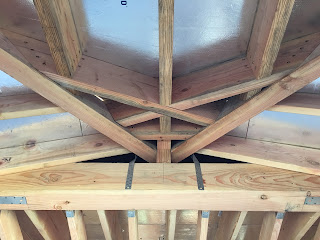 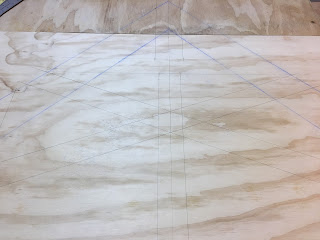 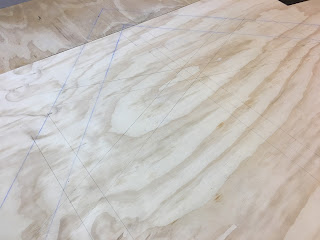 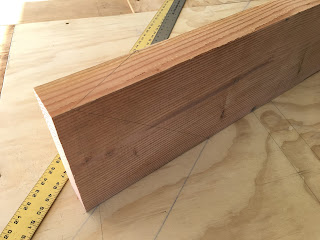 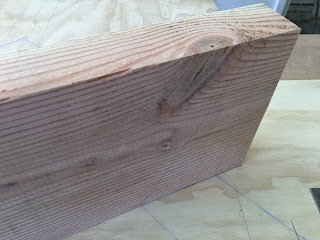 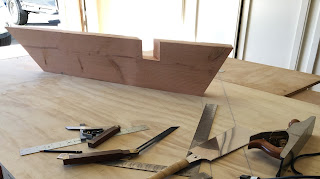 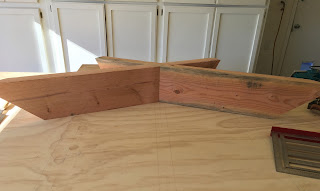 Steps for laying out the diverse hip rafter:

First I laid out the miter angle on the foot of the diverse hip rafter . Then I cut the compound cut with a saw blade bevel angle of 40.76275°

Next I marked off the 8 3/4" plumb height that I'm using on my profile-common rafters for the HAP.  Then from that mark draw perpendicular lines for the seat cut line. Then finish laying out the rest of the seat cut line using the diverse hip rafter slope angle.

The Hip Rafter Length  is developed from the profile-common rafter run to the ridge and marked on the one inside edge of the hip rafter material.  The Hip Rafter Head Cut, is cut using the same miter and saw blade bevel angle as the first cut
on the foot of the rafter.

Drawings to develop the draw down roof surface.

You can also use my Treteaux Angles calculator  on iPhone to calculate the angles and check the dimension for the seat-claw #3 line on the draw down roof surface.

Sent from my iPhone